Hey every other buggy-eyed doggy out there... it's me, Oak...

I'm here to tell you all how my day went. We didn't go to work with Mom because some gardeners were going to be there today. And since Mom said my eyes have been extra sensatory lately, she didn't want to take any chance of dust or dirt getting in my eyes. Aunt V spent the day here with us instead. It totally started off as a nice day. We were able to relax and go for a walk and play here at home. Later on, Aunt V said we were going to meet Mom. Just me and her. I thought cool! Something just for me to do. So I hopped in to the car.
I almost couldn't believe my eyes when we stopped! 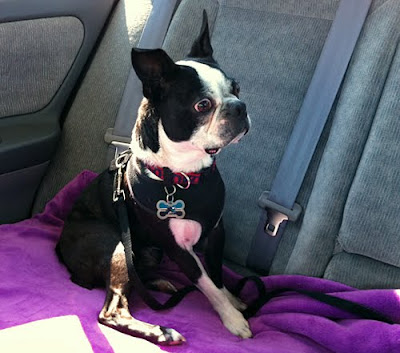 It's that heaven place! Where they sell slurpees! 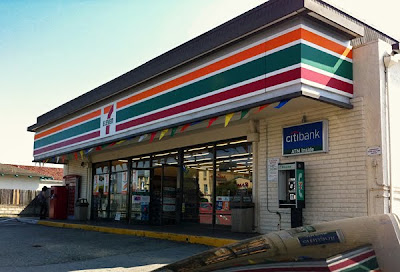 But to my total disappointment, we didn't stay. We didn't even get anything. Aunt V just had to put gas. Lame! So we kept driving.
Until we stopped here. Casa De Amigos! (That means 'Friend's House' for all you non-spanish speaking doggies. Bol) I thought, a friend's house? Pawesome! I love making new friends. 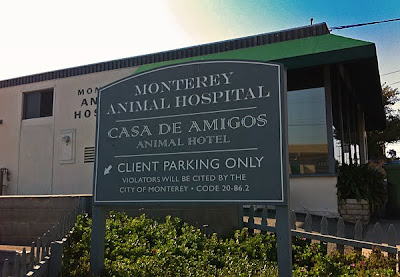 But to my disappointment twice... it was not a friends house. It was the Animal Hospital we were going to. ::gulp:: As soon as we walked in I started shivering, so Mom held me. 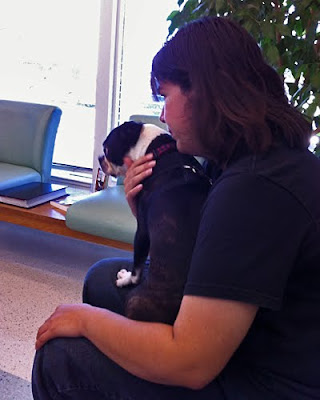 This was a new place. I had never been here before. Mom wanted to try out a new Vet. As I mentioned, my eyes have been super sensatory lately. My eyes are often red. But since this past weekend one of my eyes have been extra red. And that scared Mom. So off to the vet we go.

This is new Mr. Vet. His name is Dr. Wilson. He was very friendly. 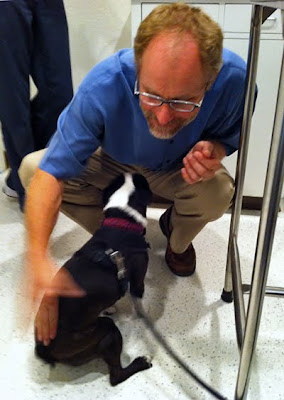 Dr. Wilson gave us the thumbs up and mostly a clean bill of health. He said my eyes are probably red just due to allergies, which are common in buggy-eyed doggies and gave me some eye drops for them. But that wasn't all, I was due for a shot... so he took me to the back and let me have it. But I was a total tough guy. He said I took it like a champ.


After the visit, Mom went back to work, and Aunt V took me back home. I crashed out once I got into the car. Man, Vet visits sure are tiring. 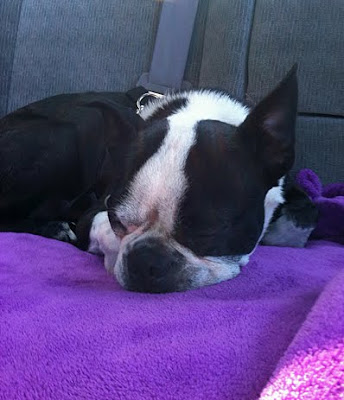 But since I was such a good boy at the Vet, Aunt V stopped to buy me a cheeseburger! But I'm a nice guy, so I split half with my brother.


Hope everyone is well out there. Take care of those eyes!

Lots of licks,
Oakley
Posted by Oakley and Swisher at 7:27 PM 5 comments: