Happy Howl-o-ween everyone!
So the 3 things we know when our families start luggin' in those big orange stumps into the house are:
1. they smell funny
2. we lick 'em anyway and they taste like dirt
and 3. costumes are to follow.
Yup. It's that time of year again when all of our Moms, (well it seems mainly the Moms) love to go shopping, find the most ridonkulous thing they can find, put it on us and pull out the cameras. Hmph. At least we get treats. We're not sure why we don't get a say in our costumes, but this year Mom leveled with us and got us simple costumes. Thank Dog! 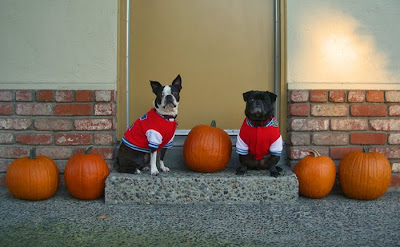 -Can you tell what we are? We're Jokes.


My neck is a little bit missing in this photo. 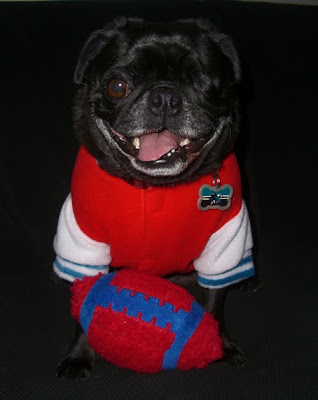 But I'm playing into my costume. A Varsity Football Jock.


Mom said this could be my professional senior photo... 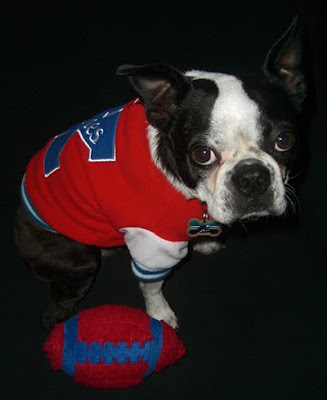 ...with my letterman jacket.

You're looking at two MVP's... 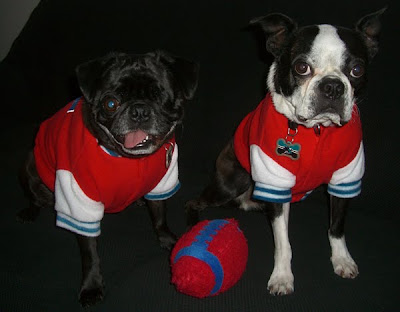 Our Team? The K-Nines, of course. 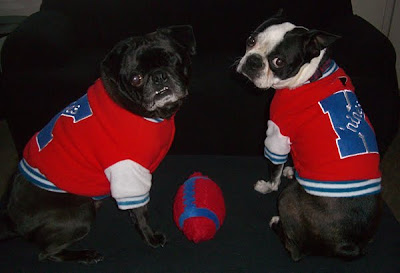 And those pumpkins we were talking about, we didn't get to eat any of it, so we let Mom and Aunt V handle all the carving. Mom comes up with the concepts, Aunt V does the carving. But Mom helps. And we help clean the floor if anything falls. Bol.

Can you try and guess what our theme is this year?
Hint #1: Cherries. 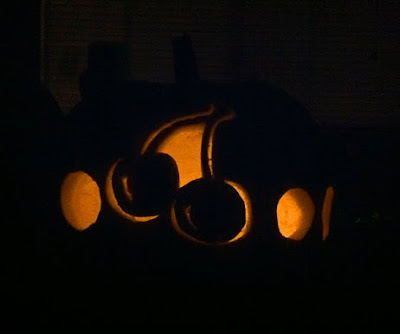 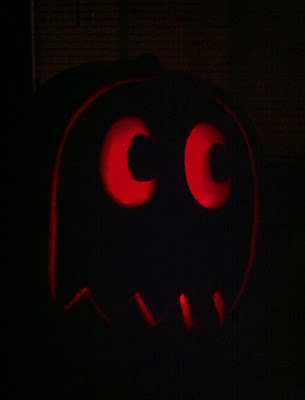 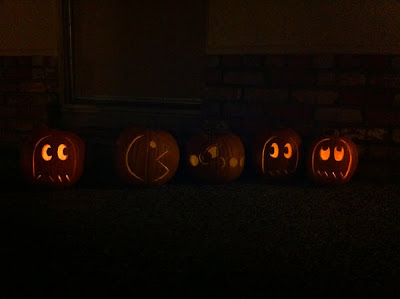 We're looking forward to handing out candy and seeing all the kids with cool costumes. Hope everyblogger has a fun and safe Howl-o-ween! Eat as much candy as you all can!

First of all, let me apawlogize, 'cause it's been a while since we last posted. This time it wasn't our editors fault, but our own. We actually haven't had much to blog about lately. Nothing new. But like they say, 'no news is good news' right? Swisher and I are doing fine. The usual. Chasing each other around the house and fighting over stuffies and driving Mom completely nuts. Yup. The usual. Bol. But we have been keeping up with your bloggies, we pawmise.

But today was a little different. Aunt V came over and picked me up and said we were going to go pick up her little cousin, Leela, from school today. It was a surprise, Leela had no idea I was going to be in the car.

I was a good boy and waited patiently in the car until Leela got out of school. 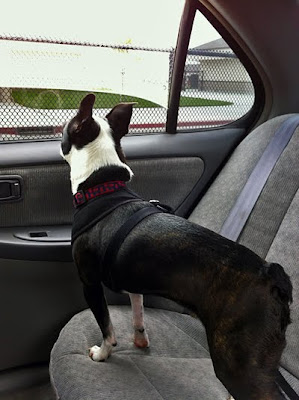 This is Leela. Isn't she a cutie? 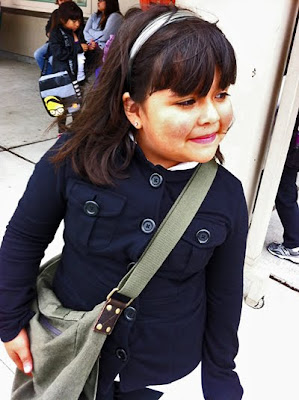 So for the next 3 weeks, Aunt V is picking up Leela and her older brother, Kinan, from school. But today Leela got out early, and we had an hour to spare. So Aunt V took us to the park. Yeah, US. We both got to go.

While Leela played, I patrolled. I found all sorts of new smells. 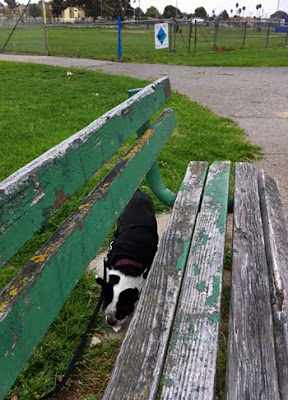 But I was also Security2.o 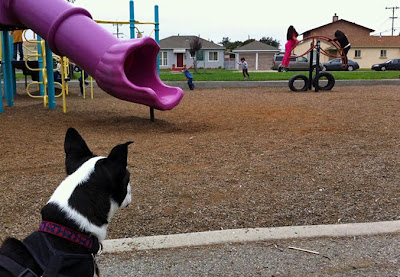 Me and Aunt V watched Leela play and made sure no one got hurt.

There were a lot of friendly kids at the park. And I'm a furiendly feller so I mingled with them and let them pet me. This little guy was funny. I could tell he wanted to pet me, and I was being super good so he knew I wasn't a mean dog. After a while he got the courage to finally pet me. 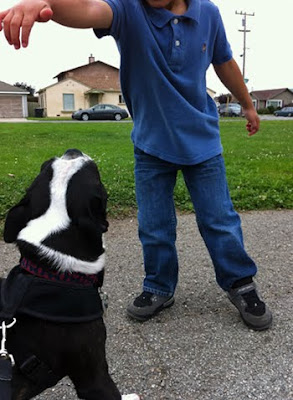 We left the park soon after that because it was time to pick up Kinan. Then the kids said they wanted a snack, so we drove to Costco. Aunt V wasn't sure if dogs were allowed around the food court, so I waited in the car.

But I probably TOTALLY coulda gotten down with them because at the food court there were puppies! Chihuahua Terrier Puppies! Some young kid was trying to find my 'cousins' new forever homes. 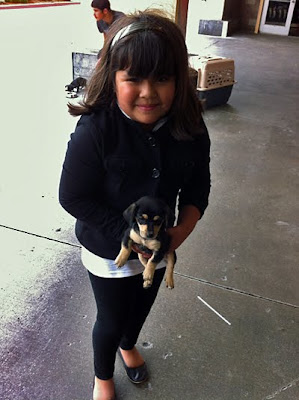 Leela with one of my cousins.
(you know 'cause they're Terriers. Bol.)

Oh well, maybe next time I can get down. I had a fun day anyway meeting new friends.

Hope everyblogger is well out there. Are you guys getting ready for Howl-o-ween? You know we'll be posting our costume and pumpkins pictures soon. So be on the look out! I'm actually happy with my costume this year. It's not no crazy uncomfortable get up Mom usually tries to put on me.

Lots of licks,
Oakley
Posted by Oakley and Swisher at 7:05 PM 2 comments: