It's not as scary as it sounds though. Turns out Mom said she was going to be a little late coming home, so she asked Aunt V to come hang with me and Swish. It was a nice day, so she said "C'mon Oak, let's go."


She put me in the back seat of her car without a word. 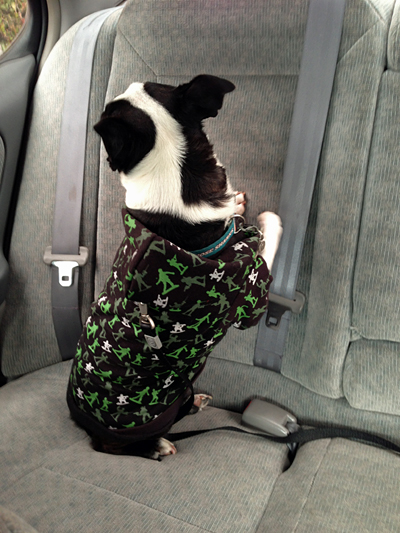 After a short drive and a very delicious familiar smell...I knew exactly where we were! 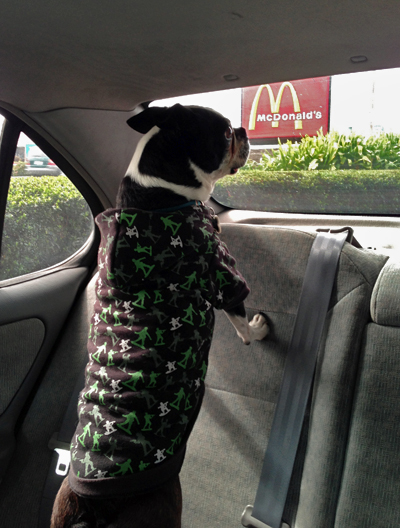 McDonald's! Yes I started crying in the car out of excitement.


Aunt V was nice and shared her cheeseburger with me. 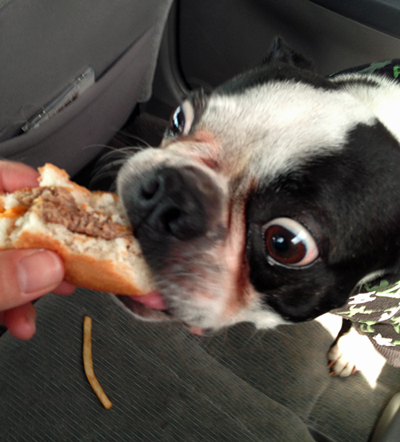 And gave me a couple of fries when we finally got to our 2nd stop. 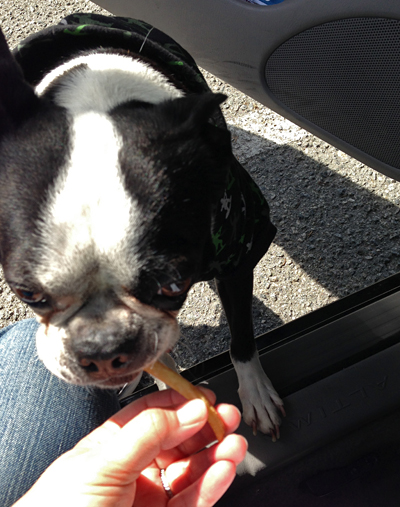 The dog park! OMD!
It's been a while since we've came because of the weather. 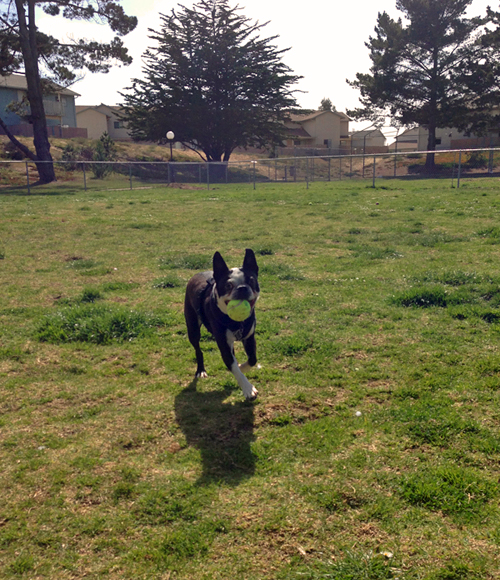 Feels so good to run free! And I say free because I had the entire park to myself.

Then something happened that we don't see a lot of, a Boston Terrier puppy came to the park. 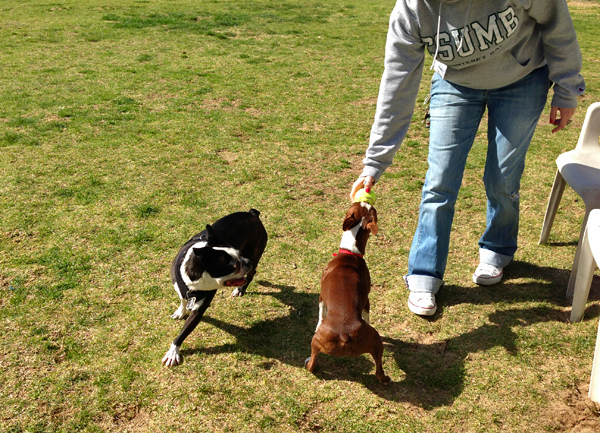 Her Mom was equally excited to see me. She says she's never seen another Boston here before.

Her name was Jax. She had a lot of energy and was a little fire cracker, but we got along great. Not to mention that she has the same name as my middle name. 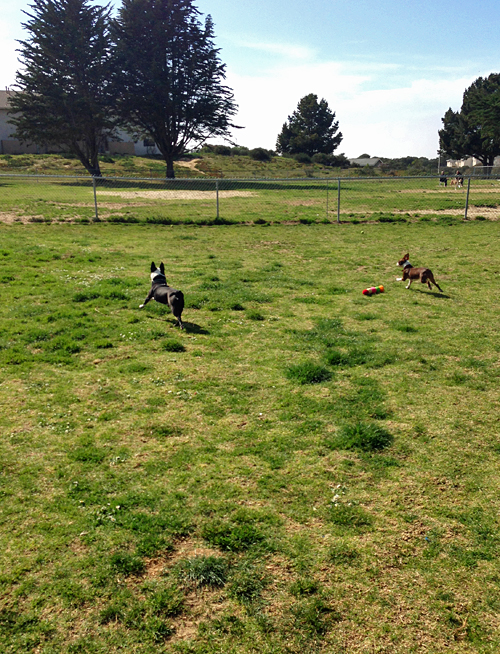 We played fetch together. She's pretty fast for a young gal, but I was faster. I was being a gentledog and I would let her get the ball and bring it back. It was time to go, so we said hopefully we get to play again sometime. But I told her don't get any ideas, I already have a girlfriend.

Thanks Aunt V for the fun surprise. 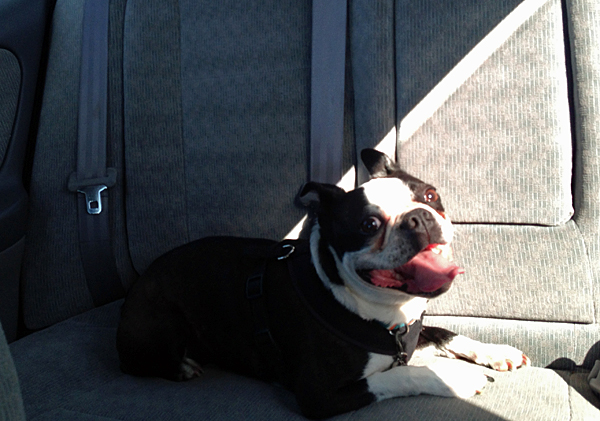 Aunt V said she felt bad that she didn't bring Swish, especially since the park was empty. But keeping her eyes on two dogs can be tough. Next time we'll all go. Hopefully my brother doesn't read this post. He won't mind too much about the dog park, but he's gonna be bummed about McD's. I trust you guys can keep that a secret.

"I dunno. Probably the owner of these ties." -Swisher

"Well then why are we wearing them?" -Oakley 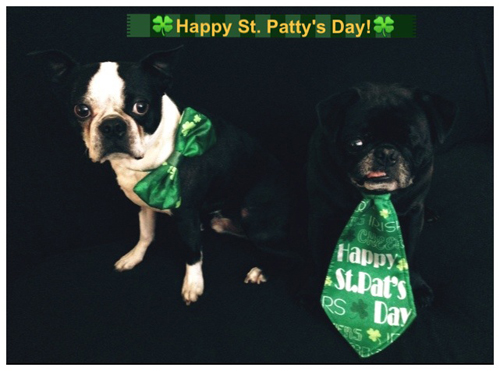 Anyway, we wanted to say Happy St. Paw-ty's Day to our Lovely Ladies, Kitty and Coco!...

...and the rest of you out there in Blogville. Eat something green!

Lots of licks,
Swisher and Oakley

Posted by Oakley and Swisher at 2:32 PM 6 comments:

Wanted to show you guys how I turned my 'fetch skills' into Basketball Rebounding Practice.

Lots of licks,
Oakley
Posted by Oakley and Swisher at 8:00 AM 6 comments: