Before it gets any later, we wanted to tell you how our Howl-o-weenie went.


We kept it low key this year. We didn't put up any decorations, but we did get pumpkins. It's become our tradition for Aunt V to come over and carve pumpkins. But this year we didn't have a theme, so we left it up to Aunt V to decide what she wanted to carve. 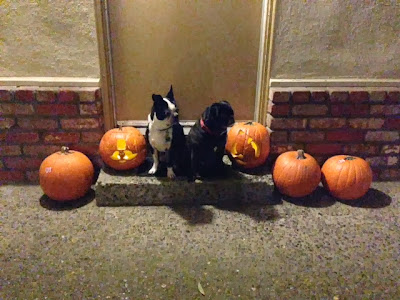 Aunt V started on the pumpkins a couple days before Howl-o-ween. She said she would do our pumpkins first. But she didn't say what they were going to be. We did our job and we snoopervized. 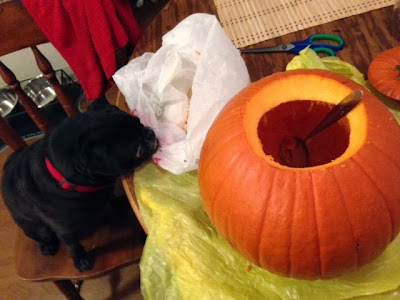 She took all the pumpkin guts out. It was all gooey and slimy. 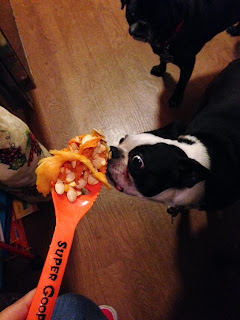 This is the first pumpkin she did. It's a Boston Terrier for Oakley! 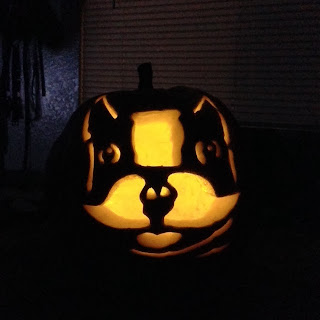 And the second pumpkin was a Pug pumpkin for Swisher! 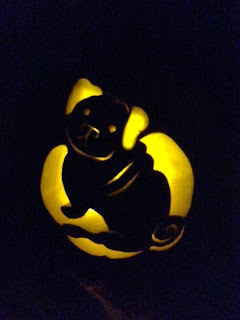 She said she made a mistake and forgot she was only going to carve one eye, so it could look more like Swish, but at least she got the curly tail down. Bol. We thought it came out good anyway.

Then on the Howl-o-ween day Mom put our costumes on and said we were gonna go walk around the mall. Can you tell what we are? 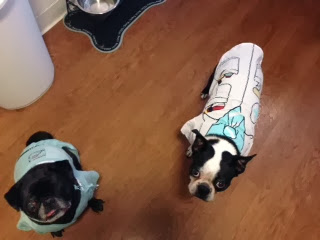 Swisher's costume is a Surgeon. Oakley is a Doctor with his lab coat on.

At the mall we met some furiends with four legs... 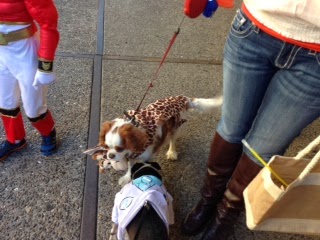 Some prehistoric furiends with two legs... 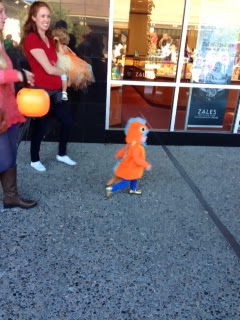 And this cute little lady bug who really liked us and wanted to keep petting us. 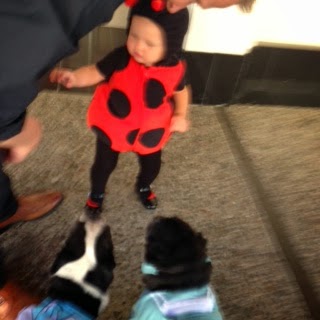 With all the walking and excitement and all the twizzlers that Swisher ate (Bol), he was pretty tired by the time we headed home. Mom took off our costumes, and let Swisher ride shotgun, and had the AC cooling him off in the front seat. 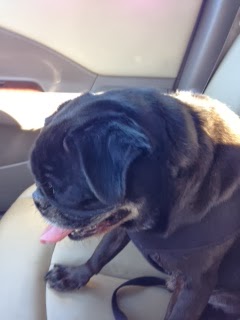 
After we rested a while, Mom put our costumes back on and put the gate up and we waited for Aunt V and the trick or treaters. We never know how many kids are gonna come. Sometimes we get a lot, sometimes we barely get any. 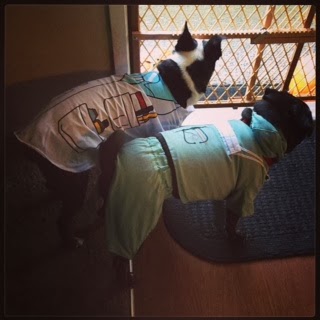 But then Aunt V showed up and a bunch of kids started to come also. 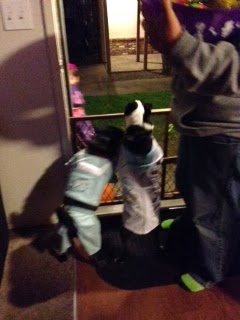 The kids would say Trick or Treat and we would check out their costumes and help Mom pass out candy. 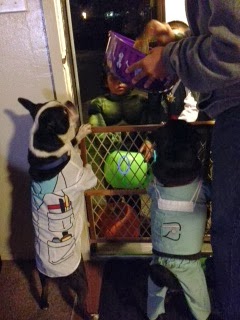 We saw the Hulk. 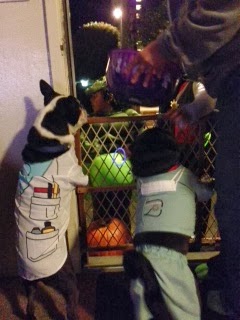 And a friendly Vampire. 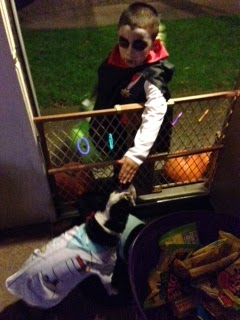 While Swisher was busy on trick-o-treaters watch... 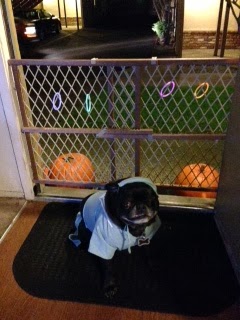 Ok the kids are gone, can I have more twizzlers? Bol

...Aunt V was working on the rest of our pumpkins.
She carved 3 more. 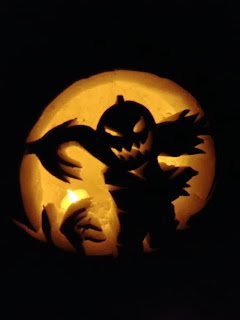 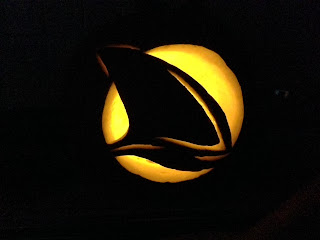 And a sugar skull. 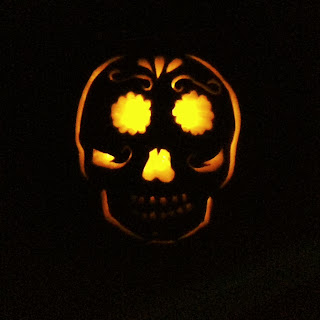 We got a few more trick or treaters... but it was getting later in the evening and we think all the kids had gone home by now. So we closed up shop. 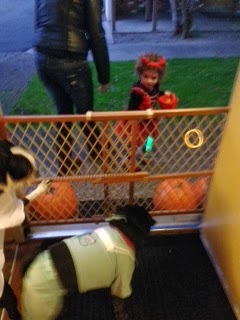 Mom said for being such good helpers, she got us howl-o-ween bone cookies! 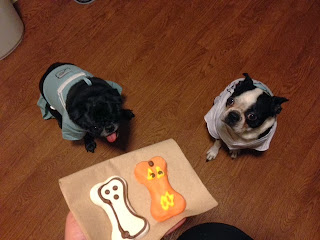 They were SO good! 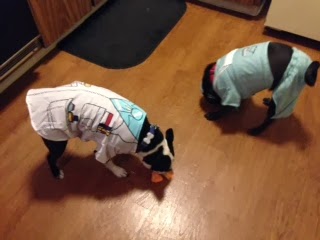 And because we were good boys through the whole day, she even got us howl-o-ween toys! 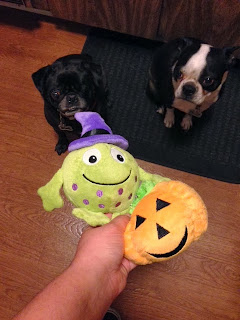 It was a fun night. Sorry for the long post. We hope everyone had a fun and safe howl-o-ween!

Lots of licks,
Swisher and Oakley
Posted by Oakley and Swisher at 8:00 AM