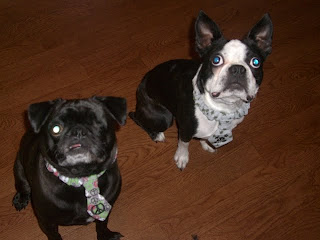 The other night our human mom came home with a bag from Petco, we were excited we thought we were either getting some new toys or treats. But to our dismay there were two neckties in the bag. We asked mom WHAT is with you and ties. She told us she thinks we look like little gentleman with ties on and blah blah blah. We tried to argue that the Boston Terrier is known as the "American Gentleman" so no ties needed. She didn't buy our excuses, so we came to a compromise; we would let her post a few pics of us wearing them as long as she didn't make us wear them out in public. 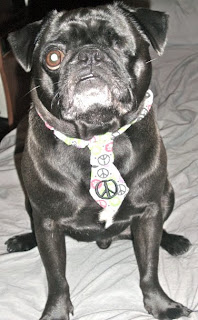 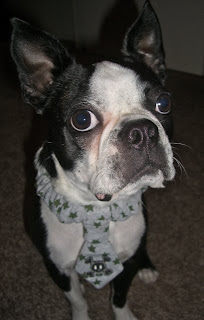 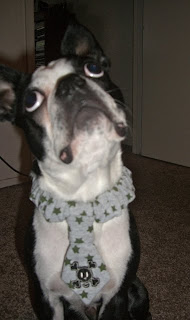 She also threw in a few treats so we had to oblige, but only after we gave her some eye rolling. 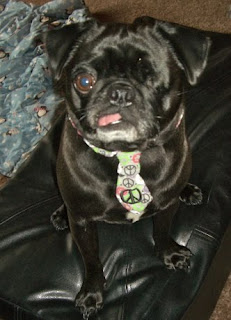 And after sticking out our tongues in some pictures.
Do your humans torture you with dorky clothes?
Lots of Licks,
Oak and Swish
Posted by Oakley and Swisher at 11:23 AM